I rented this thing called a Bemer. nope, not that Bemer. Not a BMW, but a Bemer.

This thing came with this pad, mat and a spot, as well as the unit below, which kind of looks similar to some of the old electronic drum brains I had years back.

This rental was to test out something called PEMF therapy. And to be clear, I am not slowly electrocuting myself.

PEMF stands for Pulsed Electromagnetic Field and has been recorded as used from as far back as 2000 B.C. in which magnetic stones were used and described in a book called, “The Yellow Emperor’s Book of Internal Medicine”.

No stones here and a little more updated, there is a common quote out there that does not seem to have a correct source I can find, but is used by dozens of PEMF sites that says…

“We can think of PEMF as a battery charger for our cells.”

This quote which I have the source of…

“Chronic disease and loss of well-being is always defined by low electrical charge. With enough voltage and raw materials, the body can heal almost anything”, Jerry Tennant, MD

So I am testing the waters…
(probably not something to say when we are using electricity references?)

I have had this unit, just shy of two weeks. I have been laying on the mat, using the pad on issue areas that date back to the damage I did to my body drumming as well as the travel and lately a bit of the excessive office time, sitting.

I am taking my time to see how it works and like anything, I am noting that different bodies have different results in anything applied to them from food, to medicine to whatever.

I am a big fan of my inversion table, just as I know that it has worked amazing for me, I know others may have different experiences.

However, the extensive studies about PEMF therapy do seem to show that the across the board benefits may be stronger for that many more people.

It is stated through an array of sources that there is a sense of a lot of betters….

People experiencing better overall circulation as well as better health and in turn bringing a better life to some. Some state it can speed up the healing process, reduce stress, help with some sleeping issues and even effective clarity and energy.

For me so far…

Well, first I was not feeling anything. it was relaxing to lay down on the mat, but on the fourth day, I felt a spike in my cognitive for that day. Then seeing that spike maintain some.

I feel a little sharper and a little more on point as a whole. Some days go long and the creativity and strategy, slides off some, yet, after day four and beyond, I have not experienced that.

Second, and being blunt, and I have not read much about it on any of the sites… a few state “better release”, well, if they are talking about pooping… then it is true for me.

I am loving the poop difference that I noticed about five days in. Not one to have too much of an issue in this department, but hey, if I used the words, enhanced and better, would that be a compliment or just disgusting? 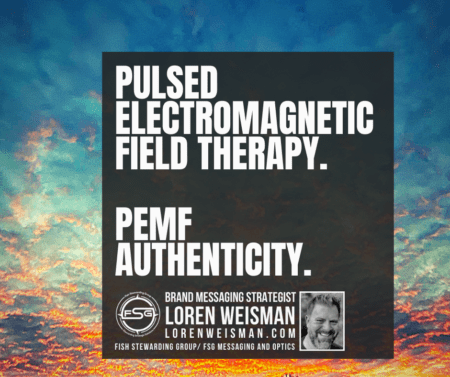 One day at a time.

I am enjoying this process and not running out to shout from the mountain tops yet, but so far, and still tracking the experience, I am noticing other aspects of sleep quality increasing, soreness and even knots I have had for years, reducing.

I will be sharing more and collecting the information slowly and over a period of time. I am not saying run out right now, but I am inviting people to do a little research for yourselves, and having a look at the opinions, the objective facts, the studies and the benefits that have been shown in many studies.

It feels like everyone has another latest craze or hype answer to health everyday. Still, in looking at the opinions, the facts, the history and the proof in PEMF, there is something a little more stable, a little stronger and a little more sound in this therapy.

Looking forward to checking in and adding the experiences as well as the results as they continue to be felt.

About Loren Weisman 104 Articles
Loren Weisman is a brand messaging strategist with a focus on the authenticity, authority, optics, psychology and perceptions of a brand, persona or product for The Fish Stewarding Group. FSG is stewarding strategic solutions by educating, developing and transitioning businesses through strategic guidance and process architecture. 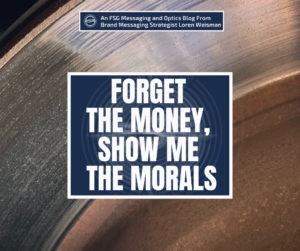 Loren Weisman is a Brand Messaging Strategist with a focus on the authenticity, authority, optics, psychology and perceptions of a brand, persona or product.