Awards are subjective and popular opinions. Not facts. A viewpoint on awards, rewards and voting systems as well as the perceived effects. An FSG messaging and optics blog from Brand Messaging Strategist Loren Weisman.

Awards are subjective and popular opinions. Not facts.

Consider taking a step back from seeing an award as a fact.

At the same time consider stepping back from showcasing an award as a fact to justify yourself and your authority.

And third, consider that so many awards allow people to pay to be nominated, pay to win or allow for numerous voting from the same person.

As opposed to saying award winning, or highlighting the awards and accolades above the fold and even in the titles on your social and web presence, consider an authentic route of showcasing the authority you have and the authenticity that proves it beyond the appearance of hype.

“If you can vote many times for some content or award, where is the authenticity, honor and rewards in those results?”

And not to knock all awards, there are some that are highly regarded as well as legitimate, but still they are subjective. And in a time when others can present a false award that they bought to try to hype authority they do not have, consider spotlighting the authority you have and leave the awards for under the fold or a few paragraphs down in the bio.

When it comes to opinions vs facts online as well as subjective vs objective messaging, carry through, author and perform with a tone that can showcase an award as an accolade of opinion over trying to make it part of your factual authority.

Yes, it is a fact you won that award. However, the award itself, is based on opinion… and an opinion that could be biased.

Then there are some that go all goo goo for awards and the hype, but is that really who you want to attract to work with? And if they are only about shiny objects and hype, are they the type of client or customer that will stick around? Or will they follow the next person, product or business that looks cooler than you?

Remove or consider reducing the time and the focus on winning awards or bragging about them as you replace that time with amplifying the authority, authenticity and integrity of you.

About Loren Weisman 99 Articles
Loren Weisman is a brand messaging strategist with a focus on the authenticity, authority, optics, psychology and perceptions of a brand, persona or product for The Fish Stewarding Group. FSG is stewarding strategic solutions by educating, developing and transitioning businesses through strategic guidance and process architecture. 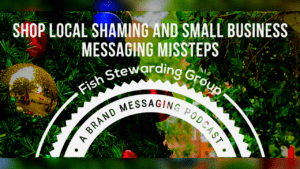 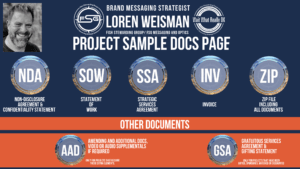 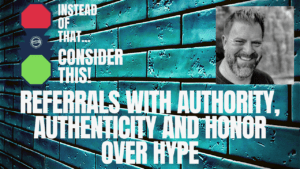