Music Business ghost drumming. Being a ghost in the machine is the title of The Brand Messaging Podcast Wait What Really OK S6.E09.N112 hosted by Brand Messaging Strategist Loren Weisman who was a former ghost drummer at one time.

Music business ghost drumming occurred very often as well as a number of other session players that were paid to track parts, be silent and have another name credited on a song or album. 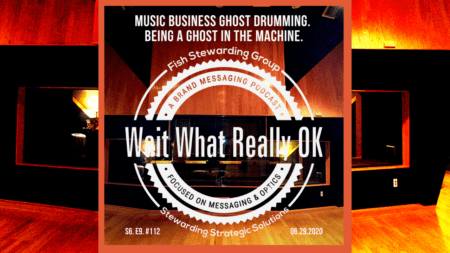 It took humility and it took honor. It is hard to have a whole bunch of people asking you to prove your work., For others, friends would play the guessing game. I would just stick with the, I can not confirm or deny and leave left it at that.

There was also the nasty side of it. Walking in to a toxic zone where someone had been told they were not going to play on the track or album. Then you are the one showing up to do the work and while the producer, engineer and label people are happy to see you, there was some pretty raw feelings coming from the band. 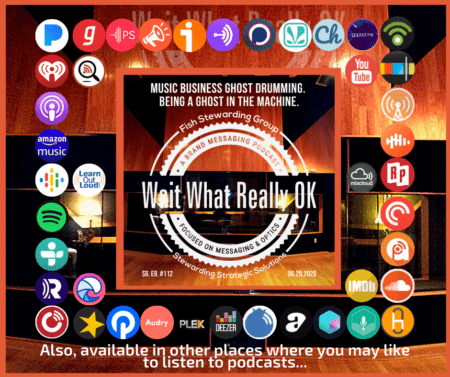 In most cases for most session artists, it as never about trying to take the gig away. It was a one time job. Many session players and ghost players had that duality of being creative but also clearly understanding the music business is a business.

Not being credited on the album did not mean you were not getting credit and building your resume.

The producers, studios, and labels were quick to learn about and keep names on files of those that could handle the work and keep their mouths shut.

Being a ghost in the machine.

And I noticed in replacing some of the players that just played it off like it was a simple mistake and not a big deal… that I would some times be called back for the next album under the same circumstances. It was a common occurrence of arrogance that tied to motivation. Artists making excuses for mistakes as learning experiences and yet they never learned a thing from the last time.

It was a challenge and yet at the same time, some of the best times of my career. In this podcast, I dig into the concepts of music business ghost drumming, but also how many musicians served as a ghost in the machine. 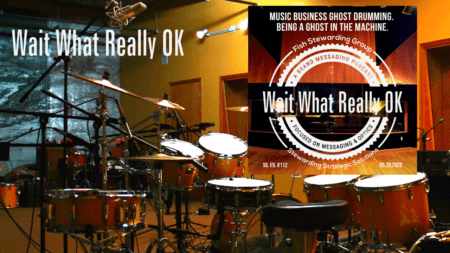 I also try to dispel some of the negative connotations and how in some ways, the ghost session players can relate well to messaging and the optics of today.

This brand messaging podcast is available in the links below and on most sites, stations and apps where you may like to listen to podcasts. 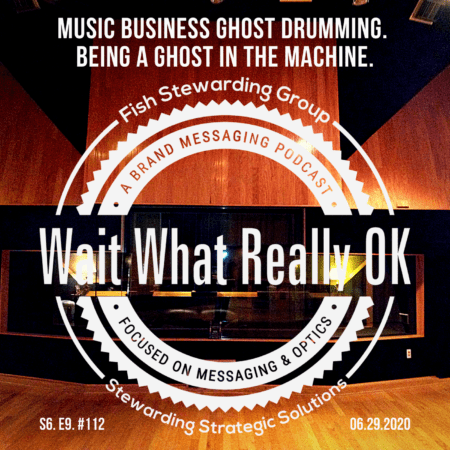 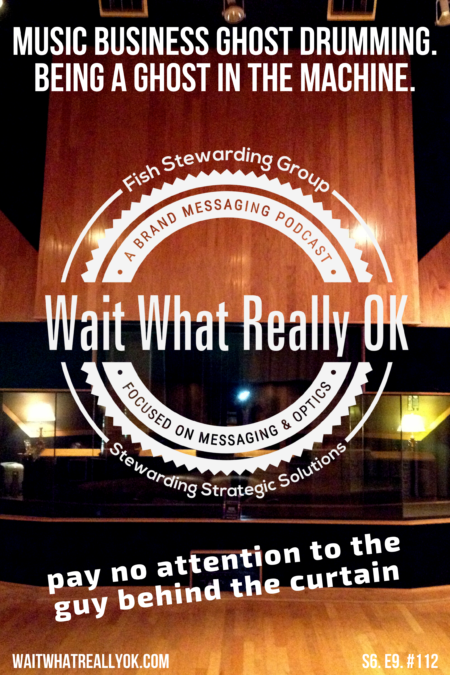 Music Business ghost drumming. Being a ghost in the machine.

About Loren Weisman 57 Articles
Loren Weisman is a brand messaging and Optics strategist with a focus on the authenticity, authority, optics, psychology and perceptions of a brand, persona or product for The Fish Stewarding Group. FSG is stewarding strategic solutions by educating, developing and transitioning businesses through strategic guidance and process architecture.

Loren focuses on the authenticity, authority, psychology, liability and transparency of the message. He is also the host of the FSG brand messaging and optics podcast; Wait What Really OK.

Fish Stewarding Group is bearing the weight of messaging, strategy, finance and development by coming along side.

More at the Fish Stewarding Group